We were all thrilled by the visit of the children's book illustrator, Korky Paul.

First, he invented a character called Dorky Doorle, drew him then showed us how he uses watercolour paints to bring his drawings to life.   Next, the children asked amazing questions like who inspired him, when he began to draw and where is his favourite place in the world: his grandmother, who lived on a farm in the Kalahari, he began to draw for his school magazine and he loves his art studio in Oxford!   Finally, Korky read 'Sanji and the Baker', which he illustrated for the author Robin Tzannes, and explained that he often makes a deliberate mistake for children to find! 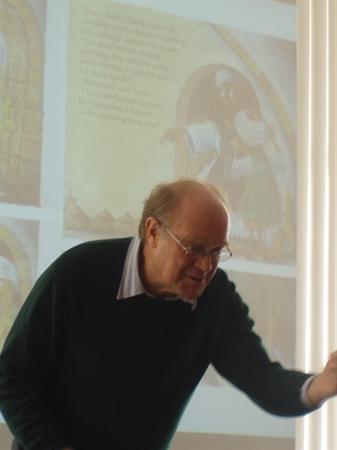 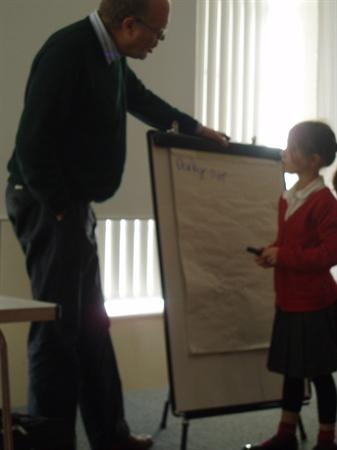 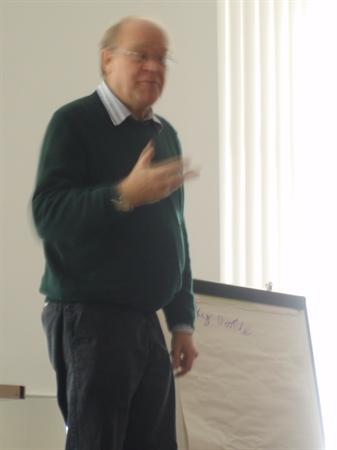 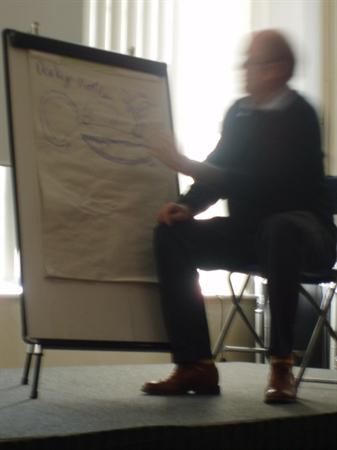 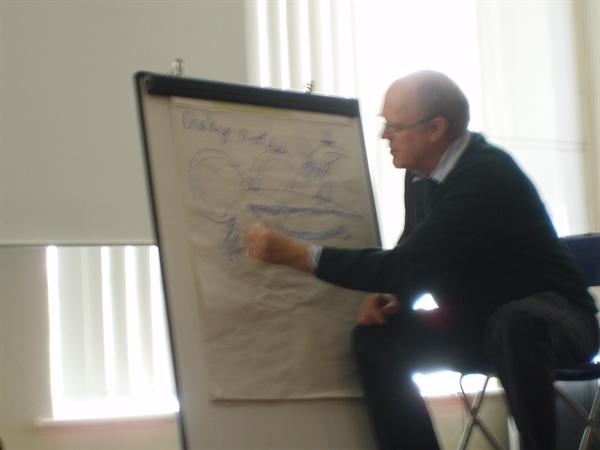 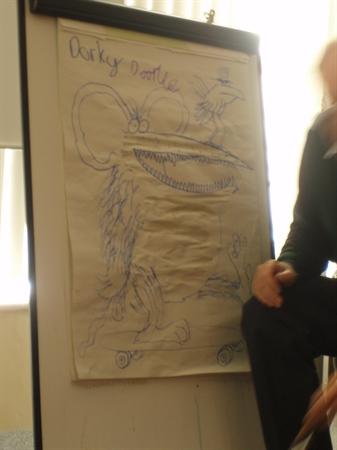 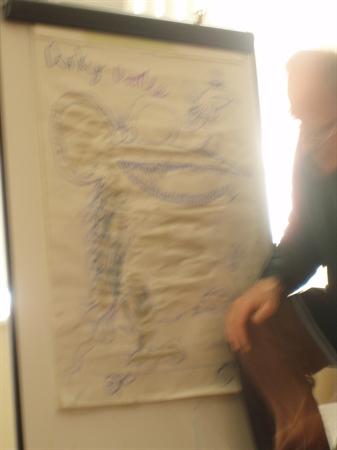 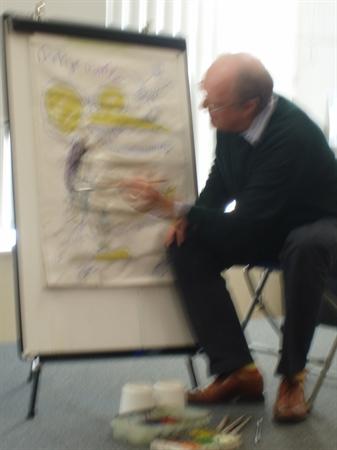 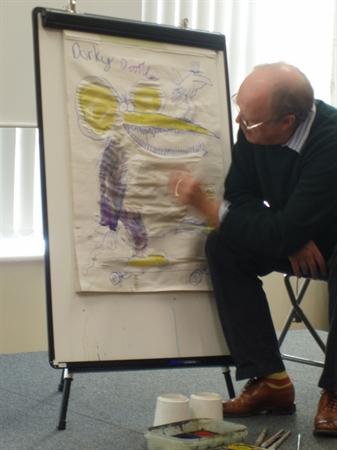 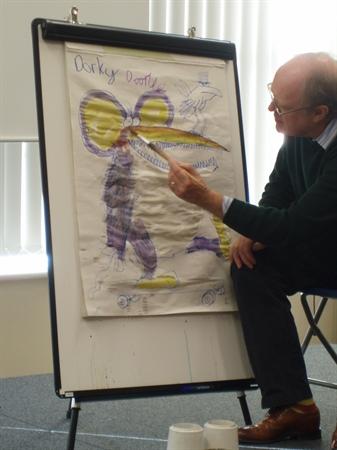 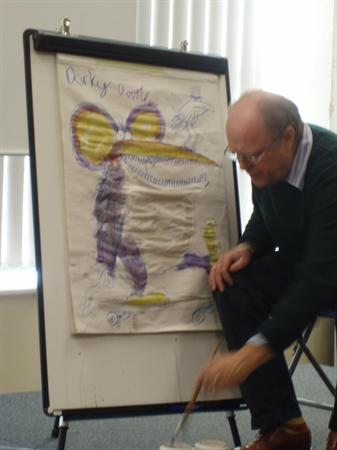 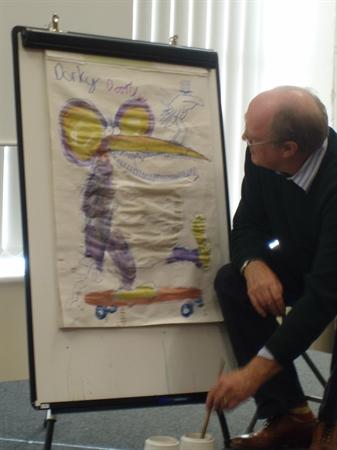 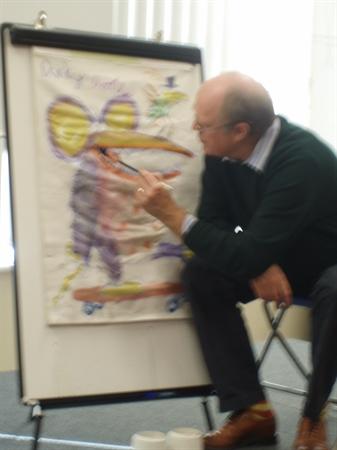 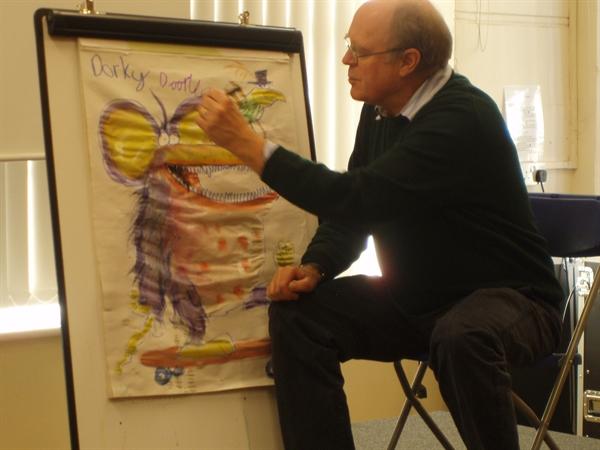 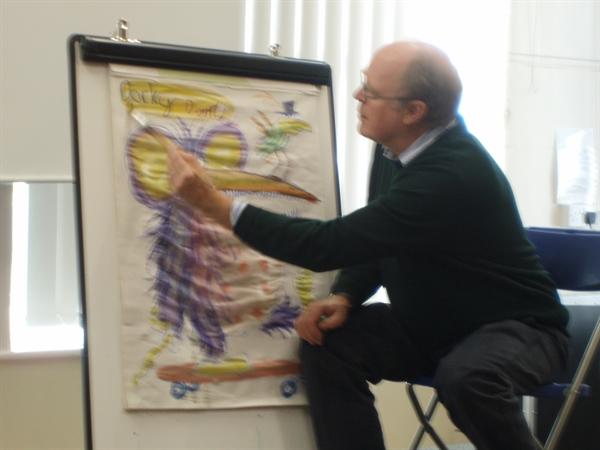 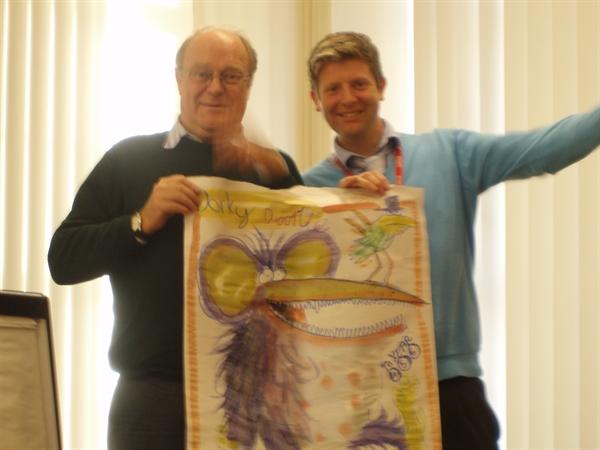 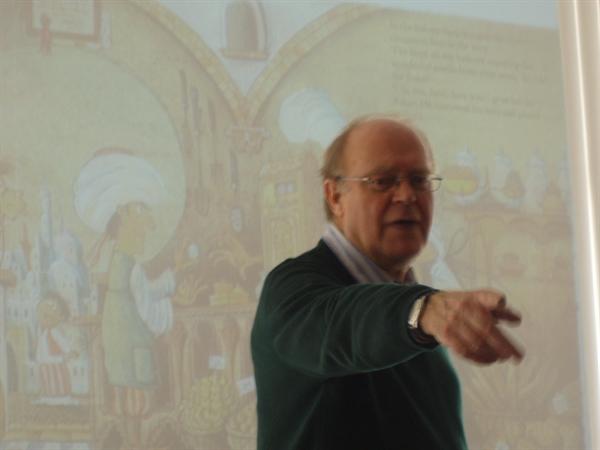 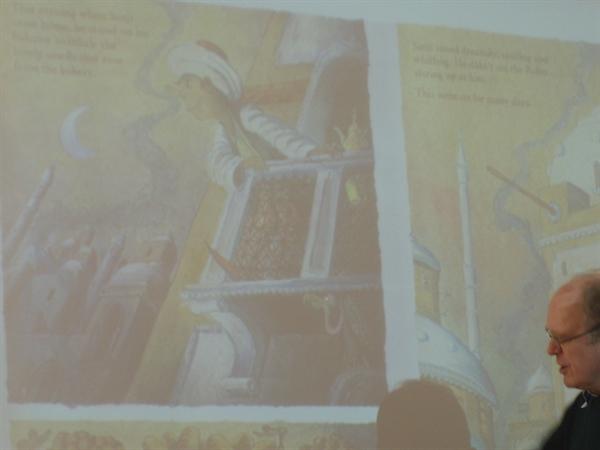 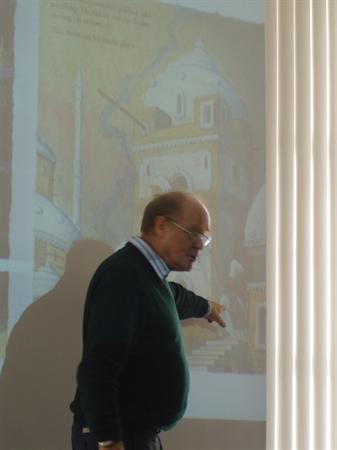