Today, the children thought about the meaning behind the Poppy and what exactly we are remembering at this time of year.  We talked about how terrifying life would have been for soldiers during the war, and we discussed the gratitude we feel towards the servicemen (and animals) who fought and died for our freedom.

We decided to spend the afternoon engaging in art, and creating poetry dedicated to armistice day.  To inspire us, we watched the Sainsbury's Christmas advert from 2015, where actors re-enact the famous 'Christmas truce'.  This is a heart-warming story where the British and German soldiers put down their weapons on Christmas morning in a moving show of peace and solidarity, there was not a dry eye in the classroom.  The class then produced some impressive Poppy's, using a varied mix of media including: oil pastels, pointillism and collage.

If our children are the future, then our future is sure to be filled with love, peace and respect as year 4, once again, have amazed me with their thoughtfulness and maturity.  They really are wonderful young people, they have been a pleasure to teach today and always.

The last time we did cooking the children requested to make biscuits. Without an oven this is hard, but why not have a go. It is amazing to see how proficient the children have become at using the fire lighters. We made a wood waffle and then put some wood chips on top. We used cotton wool to catch the spark. Nathan got the fire going in two strikes of the steel. Scott waited for the fire to catch then carefully stacked bigger and bigger pieces of wood on the fire. We had a lovely burn going, but that would be no good to cook on, this week we did not want flames. Whilst the fire was dying down we made up our biscuit mix; chocolate, chocolate chip cookies with extra pieces of chocolate in them. We put the batter into the pan, then onto the fire and left it alone for 30 minutes. I think the fire might have been a bit fierce as the bottom of the biscuit got a bit scorched, but it still tastes lovely.

For the last couple of weeks some children have been helping Mr. Vyle to practice cooking on a campfire. This is quite tricky as not only do you have to make the food but you also have to keep the fire going.

There have been a lot of apples about so we have been using those up. Last week we made cinnamon toffee apples and this week we made apple fritters in ginger sugar. The results have been delicious.

Murder at the Fort!

Today, year four helped the staff at Housesteads Roman Fort solve a 2000 year old murder mystery.  Two skeletons were discovered in the fort, and our job was to search for clues and try to find the truth behind the bones!

The class raced around the ruins, full of enthusiasm and came up with some very creative ideas as to whom the culprit was, their potential murder weapon and their motive for the gruesome crime.  The staff at the English Heritage site praised the whole class for their knowledge and understanding of the Roman invasion, claiming they had secondary pupils visit whom did not have the knowledge and understanding that our wonderful children showcased today.  Well done year four, you were fantastic ambassadors for Newburn Manor. A special thanks to Jack and Jessica's Mums' for braving the cold and being such wonderful volunteers today.

Murder at the Fort!

We have had very busy few weeks here in year four.  The children have settled in well and working hard in all subjects.  Our topic this half term is 'The Romans' and the children are proving to be keen historians, following fascinating lines of enquiry and challenging me with some intelligent and philosophical questions.

We have researched the first attempted invasion by Julius Caesar, and wrote letters from Gaul (France) to warn the Celts of the impending invasion.  During our lessons we had a lively discussion about what we would do if we were Celts living 2000 years ago, some of us would fight the Romans and defend our land, whilst others believe that peace is the way forward.  What ever side they chose, the children were able to justify their reasons based on research carried out in class.  This week, we have researched the Celtic rebellion led by Queen Boudicca and designed wanted posters as if we were part of the Roman Empire.

The class are really enjoying the topic, and so far we have had some amazing pieces of homework sent in, the enjoyment and enthusiasm is so wonderful to witness. Thank you to all parents who have got involved with the topic from home and helped with baking, painting and crafting as part of the bingo homework.

In PE this week, we took part in an invasion dance.  We considered how the Romans and Celts would have moved their bodies in battle, we started off considering the pre-battle posture and facial expressions the two opposing sides would have adopted.  We then created a routine with the children charging (in slow motion) to battle with their opponents.  We held our cores tightly and moved our bodies as if we were avoiding the weapons of our enemies.  The children had great fun and used this PE lesson to move, stretch and exercise whilst extending their learning and understanding of our historical topic about the Romans.  The class are showing a great deal of maturity and enthusiasm when trying to imagine what life would have been like as a Roman or a Celt over 2000 years ago, they are all super stars. 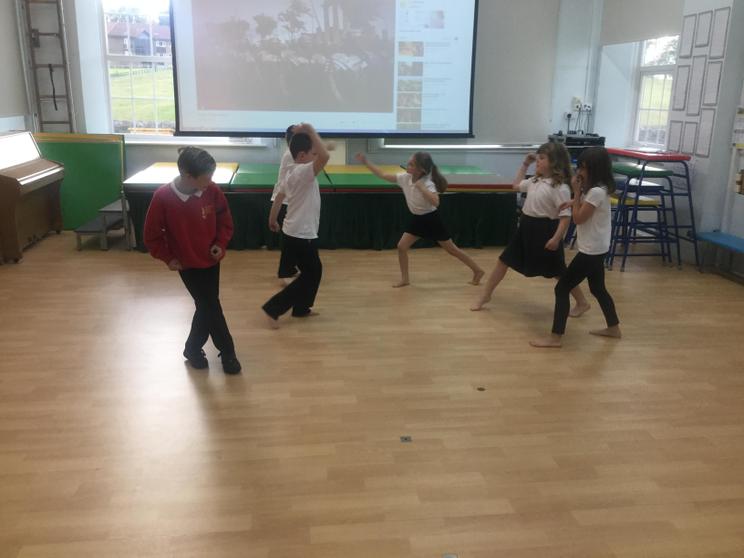 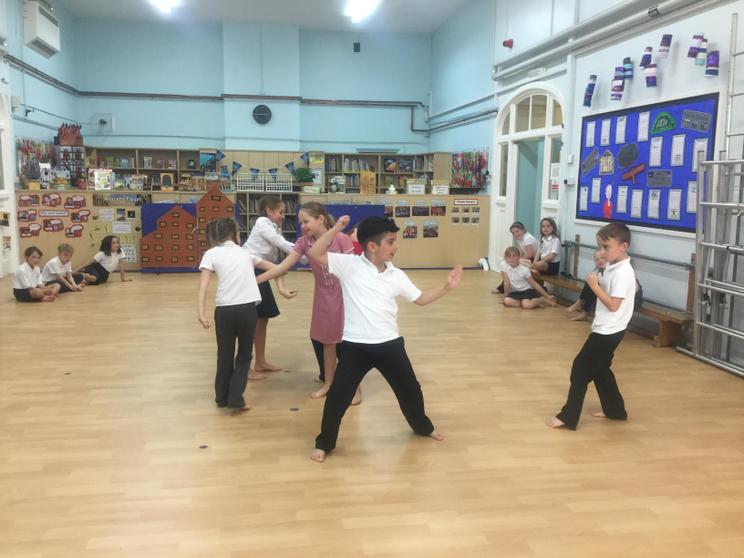 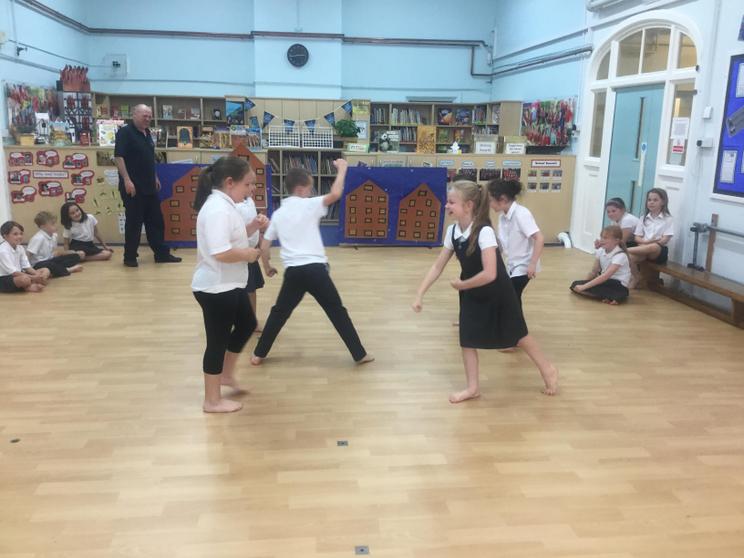 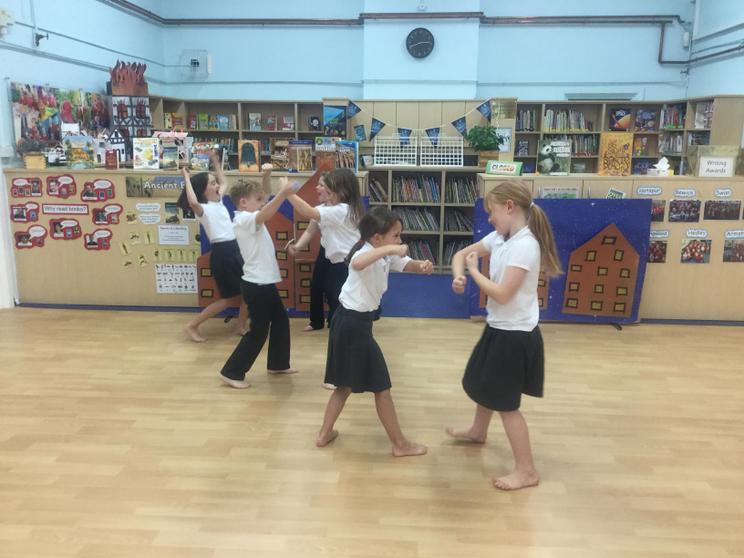 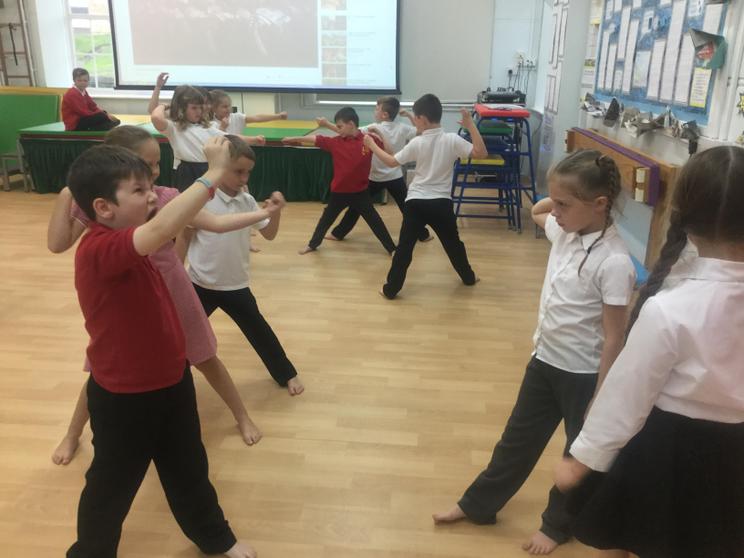 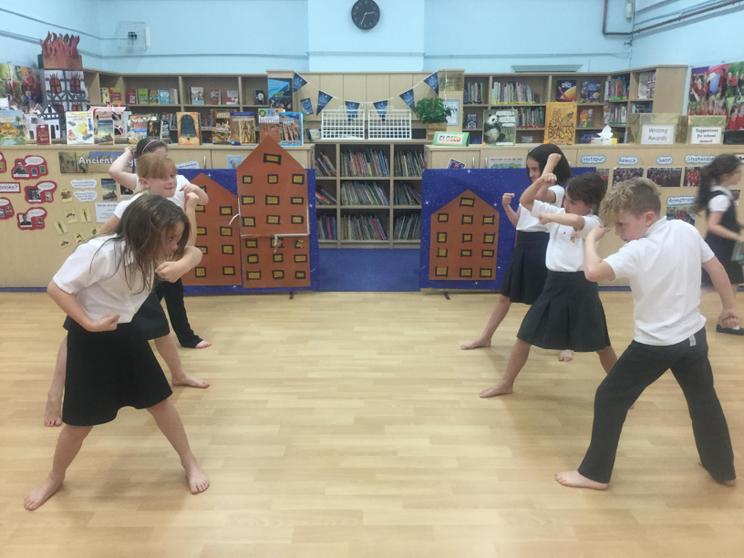 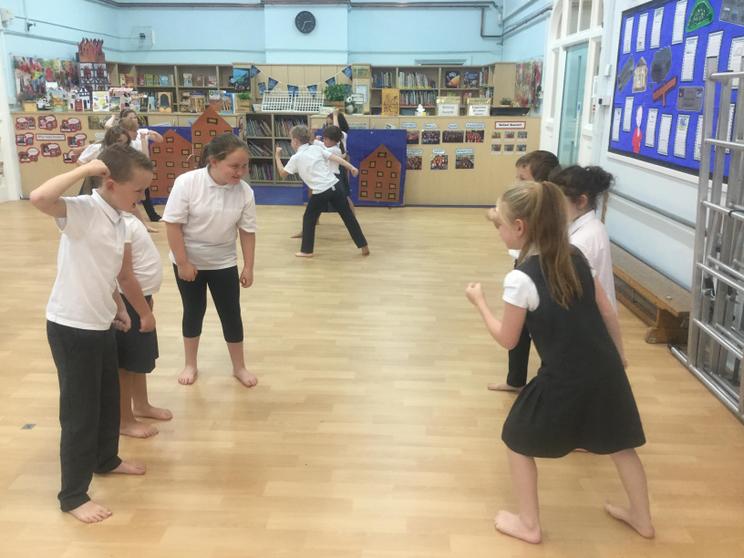 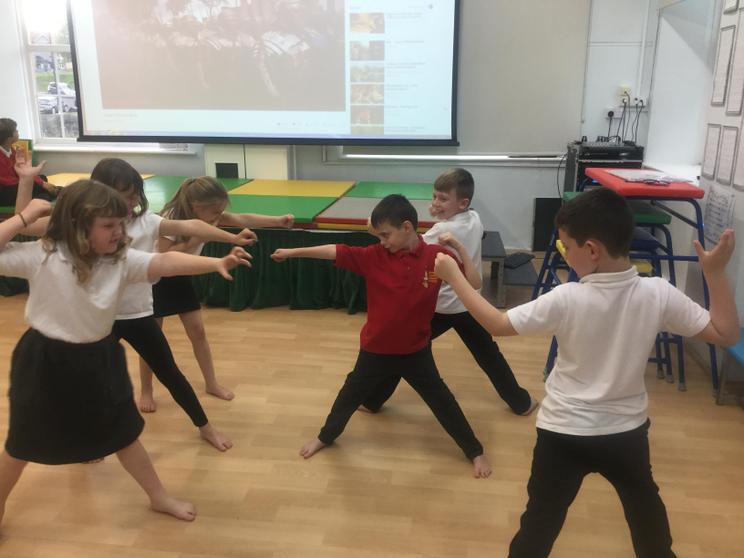 We experimented with some musical instruments in class this week, who knew the children would be so fascinated watching paperclips vibrate on the skin of a bongo drum?! We all know that the more energy we use to hit, blow or strum an instrument, the louder the volume, and the class can now explain their understanding of this using scientific language referring to vibrations.

We then discussed pitch, and made high and low pitch sounds with our voices (being squeaky mice and grizzly bears) and a selection of instruments.  We created our own musical instruments in class - plastic straw panpipes - and tested pitch by altering the lengths of the straws used.  This certainly wasn't our quietest lesson, but allowing the children to work scientifically and make their own instruments made their learning so much more meaningful and engaging.  I know many of the children brought their panpipes home, I do hope parents and carers enjoyed listening to them as much as I did (sorry